PLEASE NOTE THAT THIS INFORMATION IS PROVIDED FOR GUIDANCE ONLY AND SHOULD NOT BE RELIED ON AS LEGAL ADVICE.

The European Union and Trade Act 2019 (“the 2019 Act”), which was passed on 15 January 2019, was enacted primarily to deal with the consequences of the UK leaving the EU.

The European Union and Trade Act 2019 (Withdrawal Agreement) Regulations 2020 (“the Regulations”) were made under the 2019 Act and implement both the withdrawal agreement and the EEA EFTA separation Agreement into Manx law (so far as these two agreements extend to the Island).

The Regulations amend the 2019 Act to reflect the terms of these two agreements.

The Regulations also insert into the 2019 Act powers to make secondary legislation to further enable the agreements to be implemented domestically.

Despite its repeal by the 2019 Act, the 1973 Act is saved and modified by the Regulations for the purpose of giving effect to Part 4 of the withdrawal agreement.

The 1973 Act will cease to have effect on IP completion day.

For ease of reference the repealed European Communities (Isle of Man) Act 1973 will remain in the “current” area of the website until IP completion day.

SIGNIFICANT CHANGES TO THE FINES REGIME UNDER MANX ENACTMENTS

The Interpretation Act 2015, as amended by the Statute Law Revision Act 2017, made significant changes to the amount of fine which may be imposed on summary conviction for offences under Manx enactments.

The relevant provisions of the Interpretation Act 2015 commenced on 1 January 2018.

PLEASE NOTE THAT THE MAXIMUM AMOUNTS SHOWN IN THE ACTS ON THIS WEBSITE HAVE NOT BEEN ADJUSTED TO REFLECT THE NEW LEVELS. 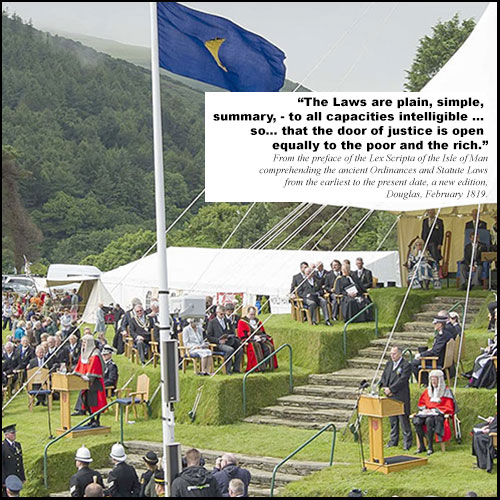 Please note that the legislative text displayed may contain errors. If any are found, they can be notified to the website administrator via the Contacts link on the Community Menu.

There are also links to –

The site also has two search tools. The Standard Search allows quick access to the whole legislation database, whilst the Advanced Search permits more complex search criteria to be used.

Currently are 102 guests and no members online